i’m pleased to introduce the new release of the label now available in store!
KS17 – øjeRum “He remembers there were gardens” 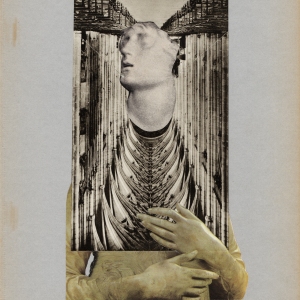 øjeRum is the audio project of Danish visual artist Paw Grabowski. On ‘He Remembers There Were Gardens’ he uses a slow moving organ to create an alternate soundtrack to Chris Marker’s beautiful slideshow-like time travel film La Jetée. Those familiar with the film with have no difficulty in recalling the flashes of a destroyed world, the status of the museum, and the moment on the platform. Even if you haven’t seen the film, the breathing of Grabowski’s organ will conjure similar images and moments. It fluctuates between the drifts and falls and the throb and hum of a person lost in time and place.

“He remembers there were gardens”,originally released on ‘Cabin Floor Esoterica’ in 2015,  has been mastered at KrysaliSound and reissued by the label with a new sound. Available in handmade packaging from February 27 in limited edition.